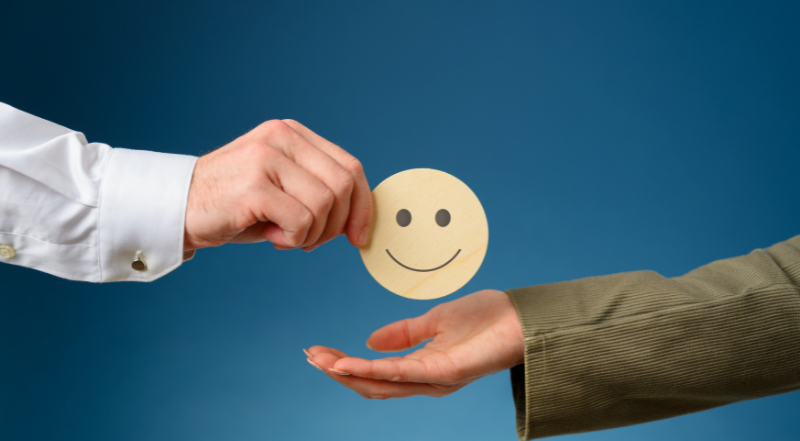 Customer advocate nomination campaigns are or should be a regular part of the rhythm of any customer reference program. They’re often used to jumpstart a new program where the current advocate knowledge is mainly in peoples’ heads or a smattering of spreadsheets in various departments like PR or product marketing. But the composition of your advocate database will change over time. First, advocates will leave their companies or change jobs. Second, the needs of your stakeholders will evolve based on your company’s growth strategy and related tactical pivots.

We’ve witnessed many nomination efforts and always offer the following best practices. Unfortunately, when a number of these practices aren’t adopted, the results are predictably underwhelming.

When to Run a Campaign

You want as much engagement as possible, so don’t pick a time when CSMs or salespeople are particularly distracted. For example, the peak of the summer vacation season, end-of-quarter, or too near a holiday.

Literally, anyone who is customer-facing may be a source of advocate candidates. So, don’t stop at Sales or Customer Success; Product Marketing has beta customer relationships, PR has press release relationships, events has to line up speakers and knows who can advocate, the RFP/bids team has experience identifying references, and the executive team knows customers at a different relationship level, which is gold.

“Build sidewalks where people walk.” That’s one of my favorite expressions. Where will your audience be so that you can reach them? Is it Slack, a few minutes in a team meeting, or a recurring newsletter? Like any marketing campaign, advocate nomination campaigns require a series of communications designed to inform, excite, and motivate. To get the attention of the people you need most, you must recruit leadership, particularly at the management level, one step up from the individual contributors in Sales, CS, etc. Clearly communicate the importance and time urgency.

There is no question that incentives/spiffs will improve the response. But not just any incentive. We’ve seen campaigns that included incentives fail, and it is always related to the perception of the incentive. Yawn. No one cared. Survey a set of participants and float some ideas. It may be cash, prizes, PTO, or something else unique to your organization. But don’t guess, ask.

You will get exactly what you ask for, so make sure it is crystal clear that you aren’t interested in tenuous advocate relationships or advocates of the wrong type. You may offer points for a nomination and 3 or 4X that number of points when the nomination is qualified.

Along the same lines, if you don’t make your needs specific, you’ll get a large number of unusable nominations. That’s a huge waste of time for you and the nominators. They’re expecting to have a new resource of qualified advocates. If they don’t get that, good luck getting their attention for a future campaign. How do you define the criteria? That’s an exercise that should precede your campaign and is based on historical need and augmented with forecast need.

After going through the exercise of defining what types of advocates your stakeholders need, an estimate of quantities should follow. Arriving at these numbers requires knowing, on average, what percentage of sales opportunities require references and how many accounts are needed for each opportunity. Then you can look at this data by reference segment (e.g., Financial Services, Product X, Europe, Use Case Y). At the end of this exercise, you translate your total to an average number of nominations per salesperson, CSM, etc. Round up. If it works out to 2.1 references per nominator, ask for their top 3 advocate accounts, anticipating some percentage of nominations won’t “convert.”

It’s really useful to let people know what their individual bar is so that they’re accountable.

Nomination campaigns, like a project, has a beginning and an end. You’re asking for attention for a limited period of time. How hard would it be for you to think of your company’s top five customer advocates? That’s how hard it is for a salesperson or CSM to think of their top five. Not very. Add some specific criteria, and maybe that time is doubled, but still not onerous. Our recommendation is that a nomination campaign not exceed two weeks. Promote it well and clearly, and you’ll find two weeks (at the right time) will be sufficient. If you’re building a first-time database because of a burning need, you don’t have time to waste, so don’t.

There’s far more to a well-executed nomination campaign than most people realize. As a customer marketer, this should be (or soon become) like riding a bike—muscle memory. It’s not a trivial level of effort when you think of all the preparation, individual contributions, the incentive tracking…there are many motions. That means you don’t take them lightly. The yield must justify the effort. Your nominators will get excited about the idea of having a searchable, consolidated advocate database—maybe for the first time, ever. Do not take too long qualifying the nominees, whatever process you follow. You don’t want to lose momentum, and you want to prove to stakeholders that each campaign is well worth the effort.

Want to join the discussion?
Feel free to contribute!

This site uses Akismet to reduce spam. Learn how your comment data is processed.

This site uses cookies. By continuing to browse the site, you are agreeing to our use of cookies.

We may request cookies to be set on your device. We use cookies to let us know when you visit our websites, how you interact with us, to enrich your user experience, and to customize your relationship with our website.

Click on the different category headings to find out more. You can also change some of your preferences. Note that blocking some types of cookies may impact your experience on our websites and the services we are able to offer.

These cookies are strictly necessary to provide you with services available through our website and to use some of its features.

Because these cookies are strictly necessary to deliver the website, you cannot refuse them without impacting how our site functions. You can block or delete them by changing your browser settings and force blocking all cookies on this website.

These cookies collect information that is used either in aggregate form to help us understand how our website is being used or how effective our marketing campaigns are, or to help us customize our website and application for you in order to enhance your experience.

If you do not want that we track your visist to our site you can disable tracking in your browser here:

We also use different external services like Google Webfonts, Google Maps and external Video providers. Since these providers may collect personal data like your IP address we allow you to block them here. Please be aware that this might heavily reduce the functionality and appearance of our site. Changes will take effect once you reload the page.

Privacy and Cookies
Accept settingsHide notification only
We recommend the Institute of Certified Customer Advocacy Professionals (ICCAP) for training and certification.
Make your skills and customer marketing expertise official!